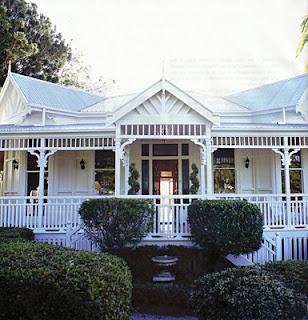 I think this house above is on the Sunshine Coast? Pretty isn't it? 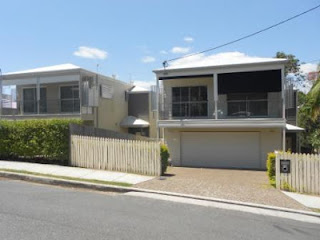 Every neighbourhood has these. The side by side jobs, the calling card of the property developer. What happens is a house on a reasonable size block is either knocked down or moved sideways and 'renovated' within an inch of its life, while another replica house (the same because its cheaper that way) is squeezed in beside it. I always wonder if these houses are built well enough to still be around in 100 years time? The two above are actually probably better quality than most, but as far as street appeal goes they have little to offer the neighbours. 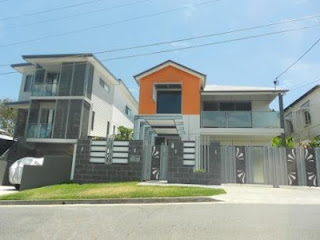 These are similar, but with a more 'flamboyant' design. To me, this modern style of house always look like they've been made from leftovers, and provide a stark contrast when they back themselves in between two beautiful old Queenslanders in a character area. I'm sure plenty of people will disagree with me, but that's my opinion.
I've prattled on in the past about not being too clever when renovating, and working with the style of your house because building mistakes are usually very costly. 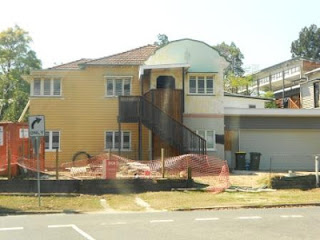 Having said that, these two houses below are both terribly photographed but they are traditional styles with twists that really work. 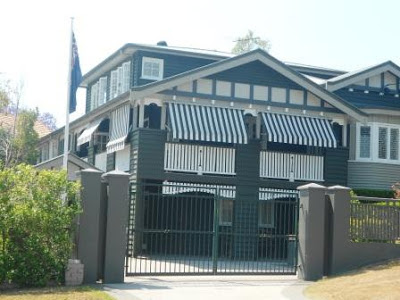 The house above is a traditional Ashgrovian and it's had a level added to the roof which is painted a darker green than the rest of the house. It's really well done.
The house below has not photographed well but in real life its stunning. It's unusual in the way that the front verandah has been built in. It's gleaming white with smart black trim.

Again, my shonky photography doesn't do this house much justice, but it's also beautiful. The house is only a couple of years old at most. It has lovely proportions. 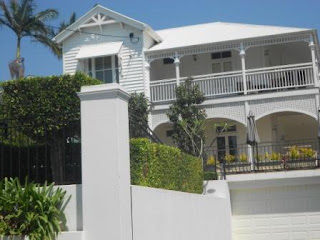 I could live here. This house is back in Paddington. This is their view below. 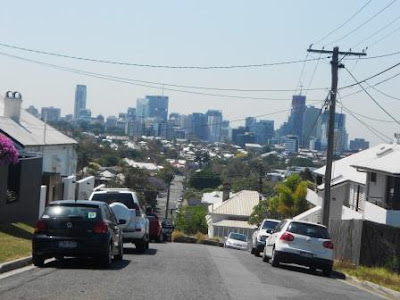 Ok, now that's done, I'm off to pack my bags to move to Ikaria. It's in the Greek Islands in case you're wondering. You can read all about it here.
Posted by Madam Restora at 10:36 AM

Email ThisBlogThis!Share to TwitterShare to FacebookShare to Pinterest
Labels: Houses