A progress report
Apologies again for the time lapse between posts. We are really in the thick of things at the moment and days have been passing incredibly fast.  Is it just me or does time really go a lot quicker during school hours?
We have had no major hiccups and barely any minor ones that I can think of either (touch wood). In fact, we have had a massive bonus by being able to extend ourselves a little further and have downstairs built in also. It won't be fitted out but it will be the lock-up shell, ready to finish at some time in the near future. The space downstairs allows us to put in the internal staircase, and it will be the perfect area for our children to play. 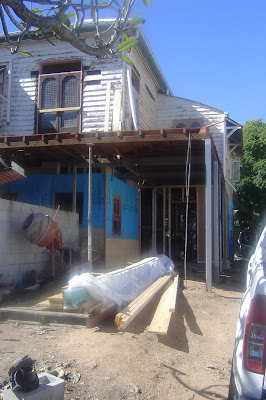 This is what I have discovered so far with this, our fourth renovation. I wouldn't call it advice, just what I have found works for us.
Firstly, I recommend keeping a slush fund. I have ours set aside for 'finishing touches' including; interior and exterior painting, floor polishing, security grills and awnings.
Over estimate the cost of things too, if you happen to have any money left over, I'm sure you'll find a use for it further down the track (this is starting to sound like advice isn't it?).
We have been in the process of getting painting quotes. In fact, we had a moment recently where I was sure we were headed for disaster. I was asking our builder what he thought we'd need to pay for painting inside and out. He's very experienced and his rates are more than reasonable. He said, 'oh I'd say about thirty thousand.' I was chuffed, that was dead on what I'd budgeted for.
He went on 'well that'd be for the inside, probably another thirty for the outside'. I nearly threw up on his work boots.

Our first official quote was a marginally better $22k. I had visions of us painting through the night for months on end.
Then a breakthough...the next quote, and the quote after that came in at around ten thousand dollars for inside, and about the same for out.
We will pin down the painters this week and will probably hire one painter to do inside and the other to do outside at the same time so we can move back in sooner. 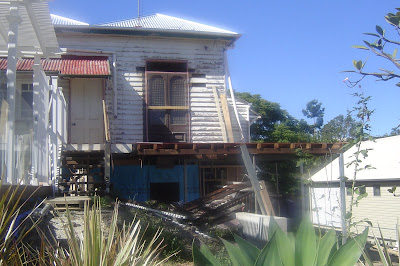 This brings me to my second recommendation. Only choose contractors who you like personally (a lot of people may disagree with this). But my thinking is that you have them working on your house and you deal with them on a daily basis for the length of time they work for you. Obviously you also have to be confident with their work and their quote has to be reasonable too.


Another thing, shop around for pretty much everything. You can save an incredible amount of money. Let me give you an example. We knew that we wanted a clawfoot bath, and we picked one out we thought was just what we wanted. I happened to ask where it was made - guess what? China. A few days later I was in a smaller boutique style bathroom shop, and I was telling the lady who owned it how we had picked out our bath already. She sternly warned me about buying an inferior Chinese made bath, and insisted we'd have  to pay a minimum of $6000 to get a decent clawfoot. Apparently Portugal is where it's at as far as baths go.
Whilst I was confident that we would not be forking out $6000 for a bath, it definitely played on my mind. We have been concentrating on buying the best we can afford of everything, afterall, Euphemia is our keeper and anything that does not stand the test of time will be our problem further down the track.
I began to research cast iron baths on-line and found the actual supplier of the Porguese baths. They sold me a bath for half the retail price. They coat the baths with whatever colour you choose, ours is Dulux Silver Grey and it's currently waiting in our hallway while the bathroom is prepped.
We also found the shower for the ensuite in a bathroom shop for around $2300, but managed to get it elsewhere for $1800.
Speaking of bathrooms, the inspirations for our main bathroom are below. 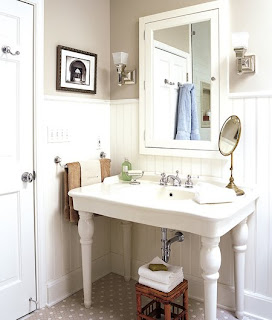 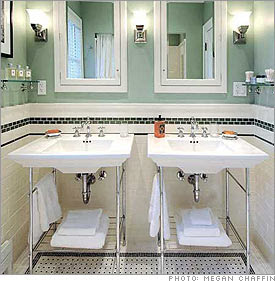 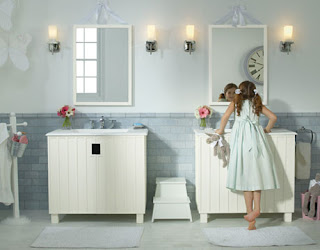 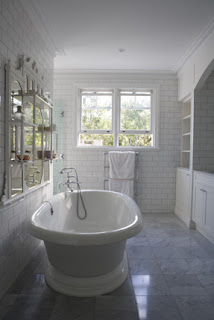 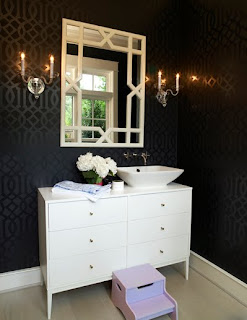 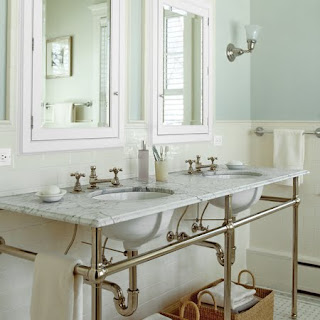 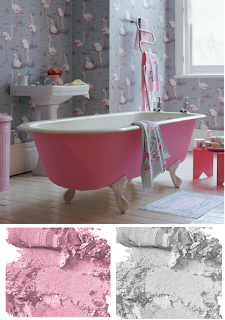 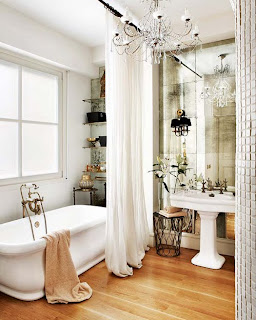 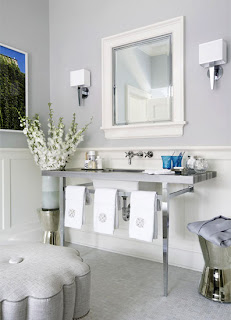 ...and my personal favourite below. 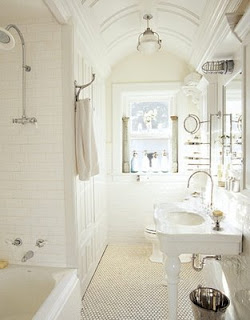 Of course it also pays to be very prepared, but be ready to make minor changes along the way. We have a wonderful builder, Val, who often makes suggestions to us along the way. He came up with a better place in the kitchen for the placement of our fridge, and has assisted with the details along the way. I think sometimes you can look at a plan so many times that you can miss an obvious solution.
We are having a narrow deck built out near the pool with folding french doors leading onto it. It was the builders' idea to have the french doors custom made with arched glass at the top to replicate the recycled french doors already being used in the nearby dining room (you can see the recycled french doors below).
Here are some photos of the inside of the house, a couple are of the new downstairs area. It's still a terrible mess, but progress is ahappening. 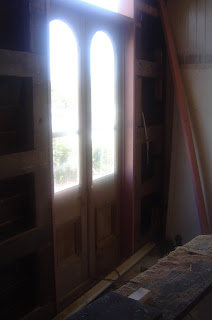 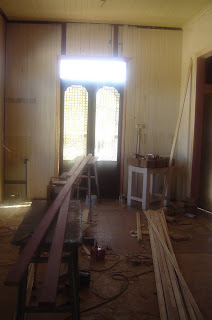 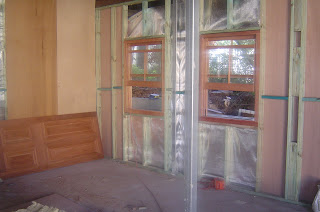 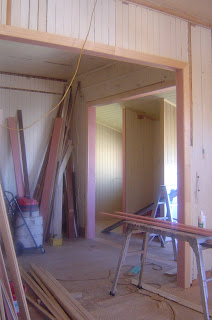 I have run out of time now, but will try not to let so much time pass before my next post.
Posted by Madam Restora at 4:00 PM