Ding dong merrily on high
Today we Christmas-ed Euphemia. We put up the tree, all seven foot of it, decorated it in our chosen colour story of lime, pink and silver, and decked out a bit of tinself here and there as well. 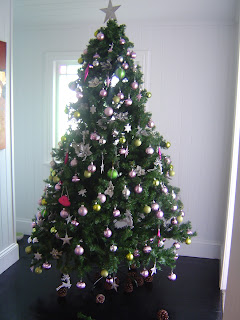 It looks much better in real life. Any self respecting department store would be happy to have it on their floor I think.
We jazzed up the front door with some little gold bells. 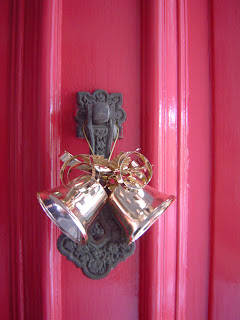 This will be our first Christmas in the new Euphemia. As a nod to her previous Christmases, I also put out some decorations we found when clearing out the house last year.  We have a cute reindeer with a real bell, a box of tiny glass baubles and a box of Christmas candles that are useless, but I can't stand to throw them out. 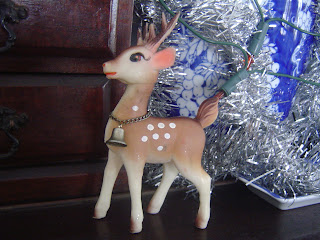 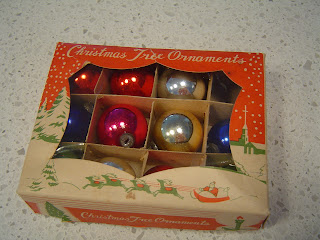 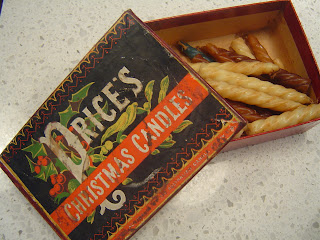 Once the decorations were done we took a drive over to Ascot to further research different styles of roof to put over the french doors downstairs to protect them from the weather. 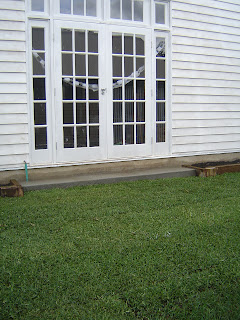 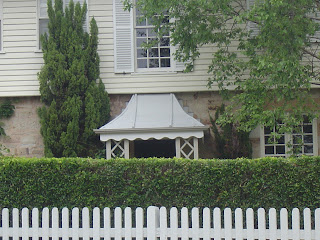 It needs to be something quite elaborate and pretty to break up the austerity of the side wall of the house. We are yet to add the window hoods, etc.  Incidentally, this is one of my favourite houses in Ascot. 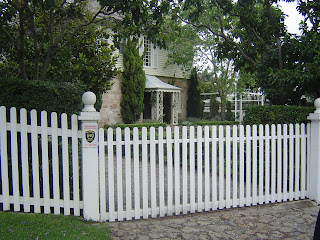 It's so understated and beautiful. It doesn't need an underground concrete carpark for 16 cars (the latest 'must have') to say 'look at me'.
On the other hand, I had to share this renovation with you. Formerly another low-key but elegant residence, it's now been tampered with almost beyond recognition. Judging by the look on a man who was walking his dog past it at the same time, we weren't the only ones appauled. Why not just work with the natural style of a house, particularly when it was as beautiful as this one. The chimney, terracotta roof, gabling and weatherboards are totally at odds with....whatever that addition is on the right hand side. 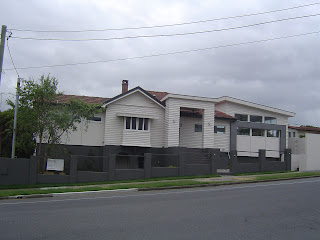 Another attraction in the Ascot hood, is the house right on top of the hill, formerly called Bishopbourne. It used to be the official residence of Brisbane's Archbishop, but now it's a private home. They have a monstrous lawn surrounded by a chain wire fence, and swanning around on the lawn is a family of peacocks, mother, father and chicks in tow. It was so windy the mother was sitting ....on her chicks....presumably to keep them from blowing off the hill. 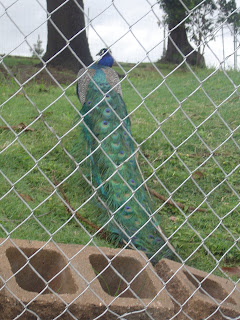 They also have two deer and another large woolly animal, which we believe is either a llama or an alpaca. At this time of the year we refer to the deer as 'reindeer'. 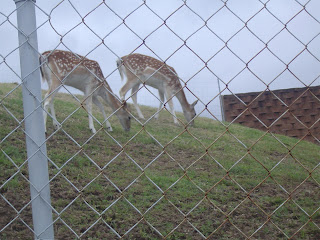 This is their view. 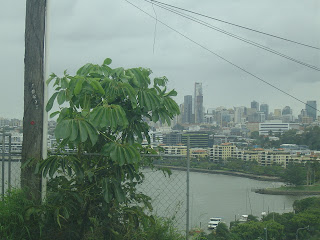 Crazy stuff. I love it!
Posted by Madam Restora at 5:15 PM