The clear out
I haven't been posting much lately due to my new found love of the tv show, Mad Men. I am quite caught up in the lives of Don and Betty Draper, Peggy, Pete Campbell, Joan and Roger Sterling.
It's on television at the moment, but way too late for me (9.30pm can you believe). Instead, I hired the dvds from our local. It's enthralling. Totally.
In between episodes I have finally uploaded some excess stuff onto Ebay. My username is 'watermelonstarlet'. It's a stupid name which doesn't mean anything. My first fifty username choices were all taken, so this is just what I ended up with.
I'm selling a dress which used to belong to Doris, Gwennie's sister (I assume). I was going to keep it, but I changed my mind. 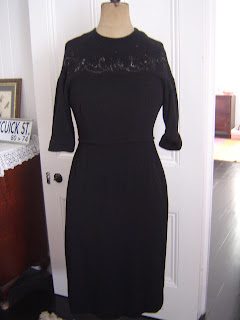 A couple of things causing a stir, with lots of watchers is this 1946 Castlemaine Perkins Diary, unused. 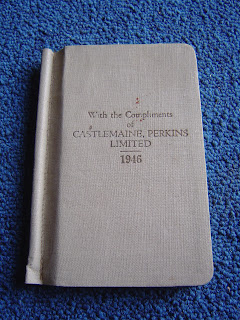 as well as this 1933 copy of Guinness Alice, which is actually very beautiful. 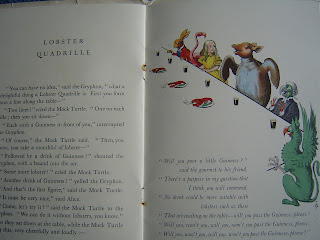 I've got a few complete newspapers from the 1920s. 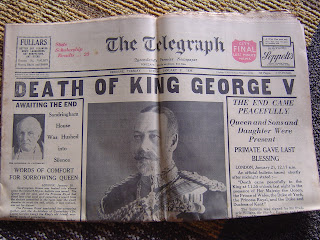 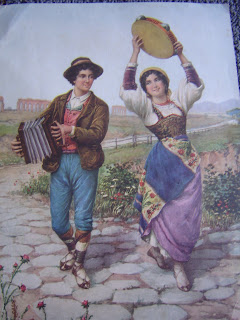 Two beautiful hand painted light shades. This below is the detail on one of them. I haven't listed either of them yet, but they're going. 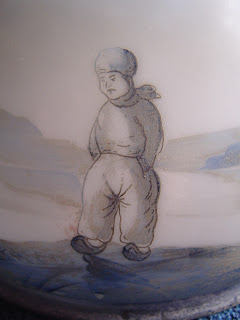 Strange things like the Hanimex slide viewer, still in it's box, alson known as the Super Hanorama.  I bet they had one of these at Sterling Cooper. 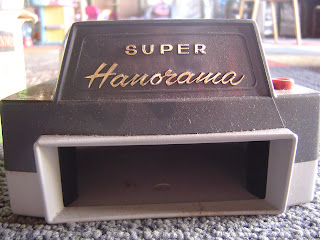 ...and the Pidgin English translation book. 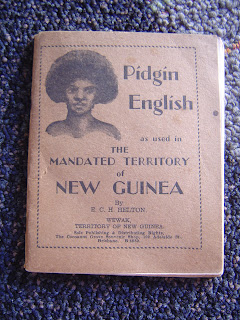 I've barely made a dent. There's still some sewing paraphenalia and various bric-a-brac. It's a tedious process though.
Posted by Madam Restora at 4:15 PM